VIETNAM: THE LARGEST PRODUCER AND EXPORTER OF ROBUSTA COFFEE TO THE GLOBAL MARKET ALONGSIDE WITH THE WORLD’S MOST UNIQUE AND DIVERSE ART IN BLENDING, BREWING AND ROBUSTA COFFEE DRINKING CULTURE

Coffee is one of Vietnam’s key export products, and is also the second largest export agricultural product in terms of turnover after rice. Therefore, the coffee industry plays a huge role in the strategic economy of nation.

Brazil and Vietnam account for the majority of the world’s coffee production. These are also two major countries supplying mainly two main types of coffee: Arabica and Robusta. Currently, Brazil is leading the world in total production and export of coffee, including both Arabica and Robusta coffee. However, in terms of Robusta coffee production and export, Vietnam is well-known as the leading country in the world . According to the Robusta coffee crop statistics for 2020-2021, Vietnam reached 1680 thousand tons, Brazil reached 1212 thousand tons. The USDA’s (United States Department of Agriculture) recent 3 crop statistics also attest to this. 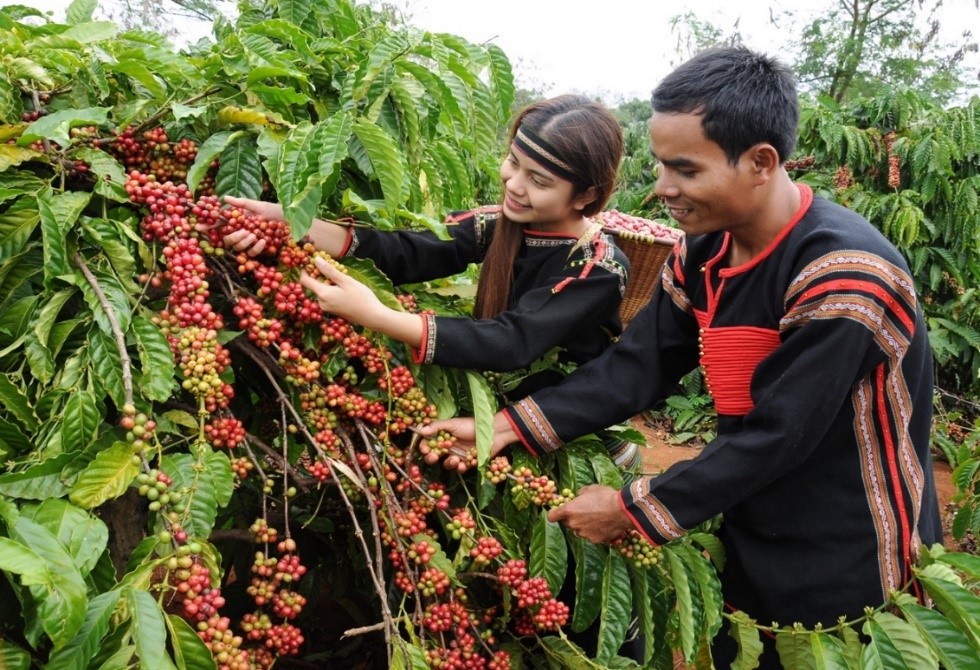 Robusta coffee accounts for nearly 90% of the coffee  plantations nationwide, mainly concentrated in the Central Highlands provinces (including Kon Tum, Gia Lai, Dak Lak, Dak Nong and Lam Dong). Besides, some midland areas such as Vung Tau, Dong Nai also grow this type of coffee and give a relatively high yield. Famous Robusta coffee growing areas such as Pleiku, Ayun Pa, Buon Ho, Buon Ma Thuot, etc. In which, the most prominent is Buon Ma Thuot in Dak Lak province – which is known as the capital of coffee.

With the advantages of natural conditions, especially soil, the average coffee productivity in Vietnam is currently the highest in the world with 2.8 tons/ha, higher than Brazil – the world’s No. 1 coffee exporter, according to USDA data in 2020.

In the context that Arabica coffee growing area is shrinking due to climate change and poor tolerance to pests, it is tending to increase the import of Robusta coffee and increase the proportion of Robusta coffee in the  art of coffee blending.  It is shown that the global coffee enjoying style has been changed. Focusing on increasing Robusta coffee’s export value  (which is prejudiced as a  second-class coffee) also helps the  global market gradually change their views  on Vietnam’s Robusta coffee . Vietnam has become the world’s No. 1 producer and exporter of Robusta coffee.

USDA (United States Department of Agriculture) data has  shown the statistics on the  productivity of farmers in Robusta producing countries to assess future supply capacity.

Currently, many producers in the world have been creating quality products from Vietnam’s Robusta coffee beans. Not to mention, Vietnam’s Robusta Coffee is also often used  in  instant coffee production, which is popular in the FMCG (fast-moving consumer goods) market. 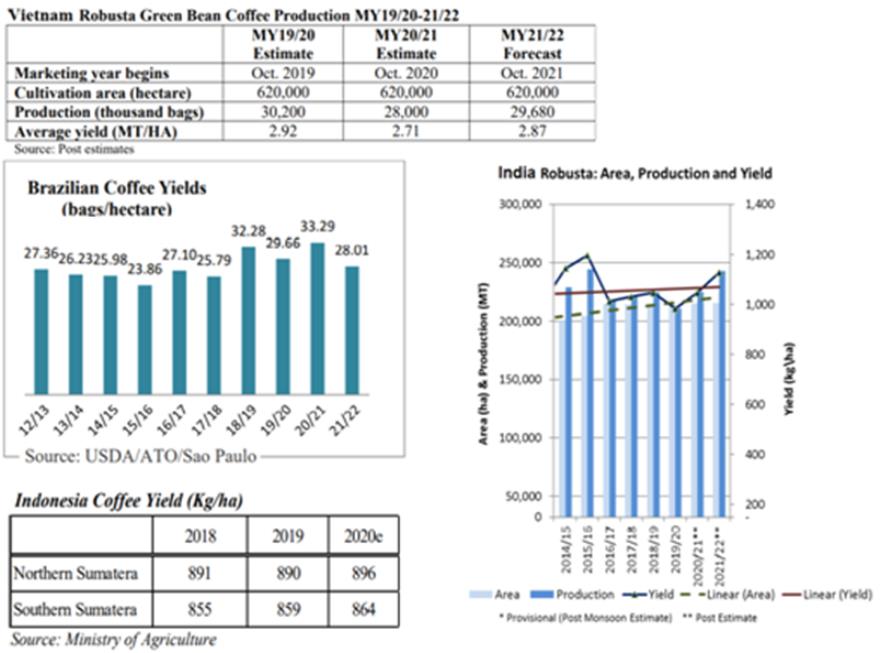 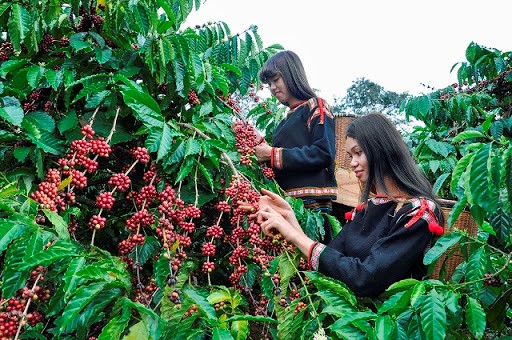